Got a gifted student? Here’s what you need to know 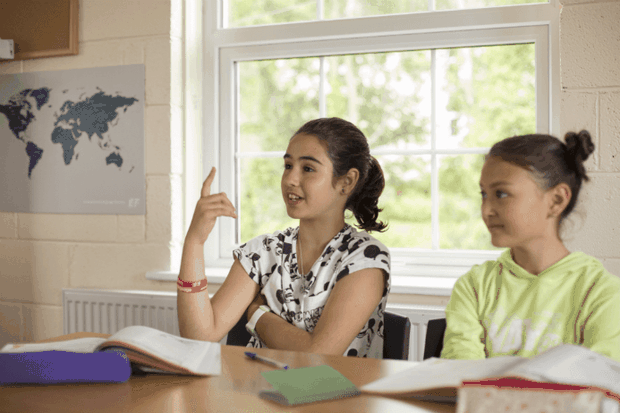 One of the great challenges of teaching is adapting to the needs of dozens of students, all of them with unique personalities, interests, world views, and intellectual abilities. The average intelligence in your classroom is likely to be around 100 IQ points, while around 2% of students have an IQ of 130 or higher. This above average ability, called “giftedness”, often comes with a different creative abilities, ways of thinking, and task commitment. The fact that gifted kids are part of the regular school system causes many misconceptions to arise. These are the four most commonly-held misconceptions about giftedness.

1. Giftedness is a luxury problem, these students don’t need help

Your role and influence as a teacher might be even more crucial with gifted students than with most others. Although they can be miles ahead intellectually, these students oftentimes don’t “learn how to learn.” They understand class material, but don’t know how to learn by heart. Also, executive functioning skills – such as task initiation, impulse control, and planning and prioritization – are often not well-developed. These are trainable skills—and you as their teacher can help teach them.

Like any child, some are more social than others. A gifted student is not by definition less social, though there are a few reasons people sometimes think so:

3. A gifted student always gets good grades in school

Despite gifted students’ ability to get good grades, oftentimes they underachieve substantially. This can be relative underachievement (lower grades than would be possible for them) and absolute underachievement (insufficient marks). There are numerous reasons for this. Fear of failure and masking abilities to fit in, are two reasons we often encounter. This also depends on the culture. In The Netherlands for instance, it is perfectly fine to get a 5.5/10 average. However, in Singapore all students struggle to be the best. Another reason for underachievement is when the student turns out to be “twice exceptional”: gifted, but with a learning disability (ADHD, dyslexia, ASD, among others).

4. More boys than girls are gifted

Some straight facts: all over the world, the percentage of gifted people is the same. It’s 2% of women and 2% of men. No differences there! The only actual difference is the behavior of gifted boys and girls in your classroom. Gifted boys tend to rebel: they become the class clown or are rude to others. Gifted girls usually try to fit in: they hide who they really are in order to make friends and be the ideal student. Pay attention though as it’s not always this way! The silent boy in the back row might be gifted, as may the rude girl who doesn’t seem to care.

So, how should you proceed as a teacher of a gifted child? Start here: when you walk into class tomorrow, make your quirky gifted child feel accepted. This way they can be themselves, and eventually develop into a grown gifted person. You can really make that difference!