How my students benefited from studying a language abroad 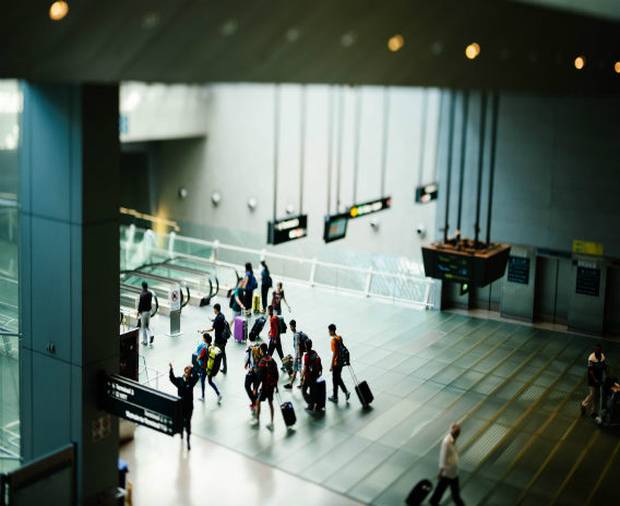 Mara Reynoso is a teacher living and working in Mexico. During her career she has gone on several overseas group travel trips with her students. Here, she explains how studying English abroad kick-started her students learning and confidence.

Tell us about where you went with your students

On three separate occassions I traveled to EF’s Tarrytown campus in New York with high school sophomores and seniors. These trips took place during spring break. The initial purpose of each trip was to participate in two EF programs: IQUF, where teams of students from Mexican schools compete against each other in different events, and the ACE Project, which allows students to compete individually against each other. Of course, aside from the academic aspect of the programs, the teachers and students were able to visit points of interest around Tarrytown, Manhattan, Boston, and Philadelphia.

What concerned your students before traveling?

Because it was the first time they had traveled alone many students were equally nervous and excited. They weren’t sure what to expect and they knew they wouldn’t have their family as a security blanket. I think that their biggest concerns were questions like “What if I get lost? What if I can’t handle something on my own?”

How did those concerns dissipate while traveling?

As soon as their families had said their goodbyes and we were heading for the airport, the students got really excited about the trip, no anxiety whatsoever. When we got to campus and they saw what the dorms were like and how I would be there to facilitate things, they relaxed and really started enjoying the experience.

What changes did you see in your students, both in and out of the classroom, while overseas?

They became more settled, more at ease with being in a new environment, and most notably, more independent and self-sufficient. They learned to be in charge of themselves and to take care of others when necessary.

Can you describe an “ah-ha!” moment you witnessed?

I think the funniest moment was while talking to a student and her mom the day we returned home. My student was super excited because she’d been able to use a washing machine without asking for anyone’s help. She was telling her mom all about the laundry room and how she had figured everything out all by herself and helped her friends with their own laundry. She was so proud. Until her mom (grinning widely) said “Perfect! Now you can help me with the laundry at home!” My student’s face immediately changed from pride to sorrow.

What did your students experience overseas that would otherwise have been impossible?

My students come from very protected home environments, where families are very close and kids remain childlike in many aspects. So, being “alone” and in charge of themselves abroad was an eye-opening experience. At first, they no longer knew who they were and felt insecure about their own strength. During our short timet here it was just wonderful to see them grow into themselves, discover who they were, and what they were capable of.

How can you still see the trip living in your class now that you’re home?

I can see that they became friends. I see them hanging out at school and getting together for lunch or a movie. They’re more confident about their English speaking skills, of course, but I think that the greatest evidence of their trip was the “journey into themselves” that they began.

What surprised you about your group travel experience?

I thought there might be discipline problems or that some students would act out. Fortunately, everyone got the hang of things pretty quickly and were very cooperative right from the start of the trip.

What did you learn about yourself as a teacher?

I learned that I have more patience than I thought and that I’m tough as nails. I spent a full week in crutches on my first trip after spraining my ankle – and still did the tour of Manhattan. I also learned that the one thing that brought all the kids together was the love of adventure. The friendships formed during these trips, and that we formed together as teachers, are still alive and well. It was an adventure for everyone. We shared the fear of the unknown, the excitement of getting there, the discovery of new places, smells, flavors and people, and we were all the better for it. I would go again in an instant.