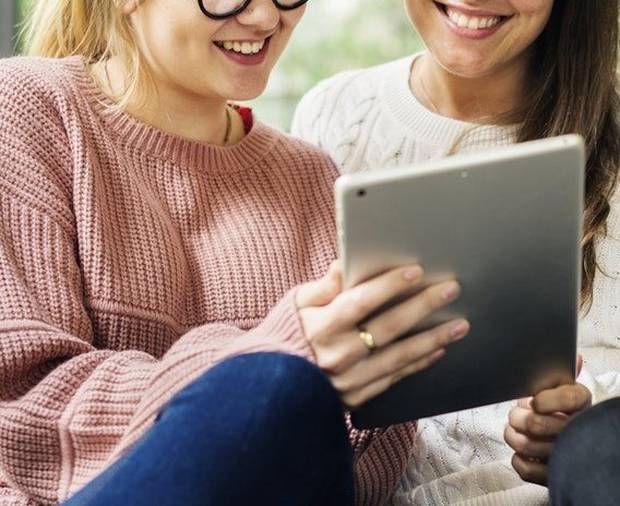 Have you ever had a wonderful lesson planned using technology and the tech has failed?  Maybe you had to sub a class at the last moment and you needed an extra activity for students to work on while you took a second to read through the sub plans.  Maybe you’re just looking for some activities to incorporate into your lessons.  Here are some level-specific activities on the notes app, photo/video app, and the whiteboard app—no internet connection required!

•    Boggle – Using the Notes app, students work in groups of 3.  Each group takes turns calling out a letter and they all write it at the top of the page.  Give students a time limit to come up with as many words as they can starting with that letter.  Have students keep score by switching iPads with another group and counting up the correct answers.  Each correct answer gets one point.
•    Scattegories – Students work in groups of three or four on the Notes app.  The teacher elicits 8-12 categories (American cities, TV Shows, things in the ocean, adjectives, etc.). The teacher sets a time limit and chooses a letter and groups come up with a word for each category starting with that letter. When time is up give students points for having correct answers. To make it a bit more challenging you could only assign points to groups that do not have the same answer as another group.  For example the category is animals and the letter is D: 2 groups answer dog, 1 says duck, and another says dolphin. The groups that say dog do not receive points as this is a repeated answer, while the duck and dolphin groups each get a point.

•    Error correction – Students work with a partner on the Notes app. Teacher has a list of errors made by students in a previous activity or class. The teacher reads out the sentences with the errors in them and students type them up. Afterwards, students work with their partners to correct the errors.

•    Collaborative story – Give each student an iPad and have them open the Notes app. They will write one to two sentences and then pass it on to the next student. The teacher can lead the writing with open-ended questions (e.g. When was this?, what was the weather like?, you saw someone in the distance, who was it?, some people were gather outside, why were they there?, etc.).  Have students write and then pass their iPad to the student next to them.  When the teacher is finished with the prompts, have each student edit the text they currently have into a coherent text adding and subtracting where necessary.  They should also include a final paragraph to wrap up the story.
•    Balderdash – Students work in groups of three on the Notes app.  Teacher should give each group a word, or have them find an uncommon word.  Then have students search for the true meaning of the word as well as create two more fictional definitions for the word.  You may also ask the students to write an original example sentence that shows the true meaning of the word.  Have one student write the real definition on their iPad, while the other two will write the bluff definitions on theirs.  The group shares what their word is and read their example sentence aloud.  Then they hold up their iPads showing the definitions while reading each to the other groups. The other groups must guess which student gave the true definition for the word.  Once they guess, the group can reveal the correct answer.

•    Telephone – Students work in groups and use the video recorder app.  One student records a phrase or sentence and passes it on to the second person.  The second person plays the recording but may only do so one time.  Then that second person records their own version of what they heard.  The group takes turns passing the iPad, listening, and recording until the iPad reaches the last person in the group.  The last person records him/herself and then plays all versions to the group.  Students should pick out any errors in the phrase/sentence and examine pronunciation.

•    Asking and responding to questions – Students work with a partner using the video recorder app.  Each student records 8-12 questions for their partner that are related to the topic that they are studying for that week.  Each pair exchanges iPads.  The first student plays the recording, pausing after each question and telling their partner their answer.  You could also have both partners play simultaneously and it could be a race to the end.

•    Record a video and give feedback on language use – Students work with a partner on the video recorder app.  The teacher starts off by giving the students a prompt or discussion questions.  The students record themselves their responses to the exercise.  They then watch the video to give feedback on language use.  They can check for target language, spot pronunciation mistakes, and brainstorm ways to improve what they had said.

•    Buzzer quiz – Students are broken up into teams (pairs or small groups) and given one iPad per team.  Each team uses the video recorder app to record one noise/sound/word/phrase as the unique buzzer for their team.  Once students are done recording, the teacher can ask a series of questions (vocabulary, grammar, etc.) and the teams will be able to buzz in with their sound effect.  The teacher calls on the first sound effect that they heard and that team is given a chance to answer the question.  If the team answers correctly, they gain a point.  If they do not answer correctly, then they lose a point and the teacher can give the other teams an opportunity to answer.

•    Draw a vocabulary word or picture and describe – Students work individually and then with a partner on the whiteboard app.  If the teacher wants to focus on vocabulary, they can give students, or have them choose, a word and each student draws it to the best of their ability.  Students then share the picture with a partner and that student needs to say what the word is.  The teacher could also use the whiteboard app to have students draw a picture and then describe it to a partner.

B Level
•    Spelling bee – Students can work individually, in pairs, or in small groups on the whiteboard app.  Teacher gives words for the students to spell out on the whiteboard app.  After each word the teacher can ask the students to hold up their iPads so he/she can check the spelling in a timely manner.  If you’d like you can also play it elimination style and anyone that has an incorrect spelling is out.

•    Pictionary – Students are broken up into teams and given one iPad per team.  Each team uses the whiteboard app.  The teacher gives one student on each team a secret word and that student must draw it and elicit the word from their teammates.  The first team to correctly say the word wins a point for their team.  The teacher gives another word to each team, but the student drawing must change.  You can play as many rounds as you like, and you may also use your vocabulary words.