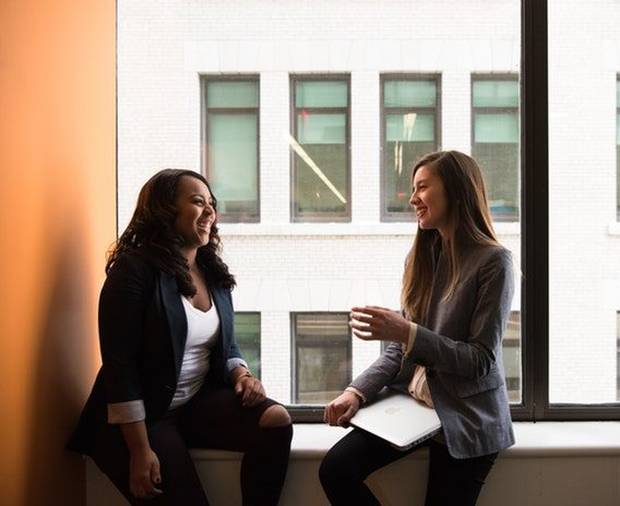 Though a fastidious grammar point, accurate use of reported speech is essential to daily life. C1 students will have a strong grasp of this form. However, they may not know all the conventions.

Write this sentence on the whiteboard:

“In a village at the base of a mountain, there is a barber who cuts the hair of everyone who does not cut their own hair. Does the barber cut his own hair?”

Set a two minute time limit and have the students discuss in pairs. Walk around the room and ask them questions like:

TEACHER (to A): What did B say in response to this question?

A: B said that the barber gets his hair cut by another barber in the neighboring village.

B: A thinks that if the barber were bald then he wouldn’t need to cut his hair.

Just remember: whenever Direct Speech is changed into Reported Speech, move the tense back one position.

He said he was here.

He said he was running late.

He said he couldn’t do it.

Students work in pairs and are assigned  A (job interview) / B (first date). They ask each other questions and record each other’s responses. Ask students to ensure their responses are brief but creative. After each has recorded their partner’s responses, pairs work together to convert their responses from Direct Speech to Reported Speech.

What was the last job you had?

Have you ever been in a long term relationship?

What positions have you had?

“I worked in online marketing.”

“In my twenties, I was in a long-term relationship for five years.”

“I was an administrative assistant. Now I’m a marketing consultant.”

B said she had worked in online marketing.

A had been in a long-term relationship in her twenties.

B had been an administrative assistant. Now she said she was a marketing consultant.

A confessed to having been a smoker.

Here’s a breakdown of how pair interaction should go:

4. Production activity: “While You Were Away”

Students write a script beginning with “While you were away…”

In new pairs, students create a list of messages that they recorded for their partner while he/she was away.

Example: (can be given to students as a model and read aloud)

FRED: “Hi Elizabeth. It’s Fred from the office. Is Jackie there?”

ELIZABETH: “No, I’m afraid she’s popped out for a moment. Can I take a message?”

F: “Yes. Do you mind telling her that the meeting tomorrow has been pushed from ten to one. She doesn’t need to bring lunch as the company will provide it.”

E: “Meeting is now at one and lunch will be provided.”

F: “Remind Jackie not to forget her trainers. A few of us are going on a run after work.”

E: “Remember trainers. Got it.”

Part 1: Their main task is to compose what the caller is saying. The person taking the message doesn’t have a complex speaking part. “Can I take a message?” is all that they need to say.

Part 2: After that, pairs in the classroom exchange their scripts. They must take the script and write a new one. This script is between the person who recorded the messages and the person for whom the messages are.

ELIZABETH: “Hi Jackie! I’ve got a few messages for you from Fred.”

JACKIE: “What are they?”

E: “Well, Fred said that the meeting tomorrow had been pushed from ten to one. He also said that they would provide lunch.”

J: “Excellent. Free lunch! Anything else?”

E: “Yes. Fred asked me to remind you to bring your trainers because a few of the office staff would be going on a run after work.”

Assign some homework where they must use the following sentences in conversations: