Teaching in Chad was surprising. Here’s why (part 1) 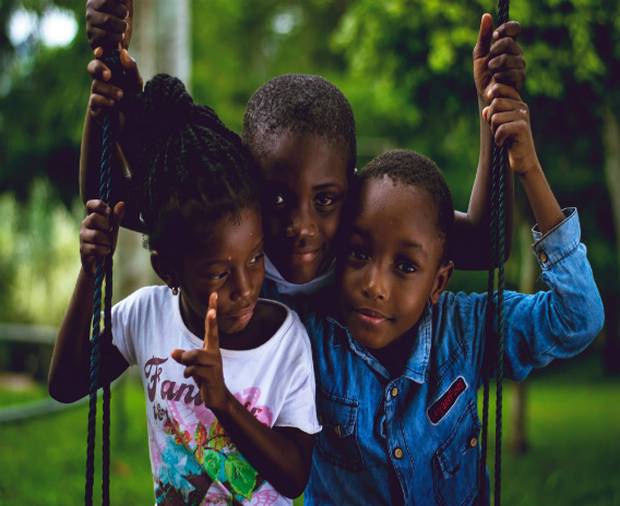 Teaching is a passion, they said,
Teaching is a skill, they taught,
But teaching must come from within and without,
For it must shoot the head at the heart
-Angela Adamu-

It was the end of the school day and the students had all been picked up by either a parent or designated proxy. I visually surveyed my classroom to assess whether or not the “clean up” song had effectively encouraged the students to put away the building blocks and puzzles. Even though the repeated refrain called for “everybody to do their share”, to 2-3-year-olds, the definition of “share” was as nebulous as trying to decide if a child’s suddenly still posture and quiet stare was the start of a silent sulk or a tantrum. Today, however, the boxes were neatly tucked into their cubbyholes, and, save for a couple of overturned chairs, the exit procedure had been successfully adhered to. Pleased with myself, I sat down and turned my attention to preparations for the next day.

**An unexpected invitation
**Suddenly, there was a knock on the door. Like most classrooms on the ground floor, the doors were usually left shut to keep out the 40-degree heat and the little lizards who would try to slip in, in search of some coolness and reprieve from the swelter. (As harmless as they were, I would still find myself atop a table at the sight of even the smallest one!) The courtesy knock was followed by the entrance of one of the school security men, and a gentleman in the typical traditional attire of loose cotton pants and caftan top. He was, however, not wearing Islamic headgear. “Salem alekum”, he greeted, “Alekum Salem”, I replied. He handed me an envelope and proceeded to declare that the First Lady was inviting me to lunch at the presidential villa. I calmly reached for the envelope and must have muttered an appropriate response for he bowed, turned around, and exited the room. In a daze, I opened the intricate and elegantly designed envelope to find a beautifully hand written invitation, penned in English and signed by the First Lady herself.

I knew that some kids from the presidential family were enrolled at the school and that the First Lady’s only son was one of them. However, because he was in upper primary, I had never crossed paths with her. Besides, this was my first term at the school. How could she have known who I was let alone single me out as someone “lunch worthy”? This was long before the era of Twitter and the lightning pace transmission of “likes” and “thumbs up” approval. It must certainly have been some James Bond, 007-style, “little birdie” information gathering process and an official friend request.

Life in Chad
The year was 2005 and I had just started working at the American International School in Chad as a teacher and curriculum coordinator. I would later become the director of the school. Before moving to Chad, I had taught in three other countries and was definitely not a stranger to the surprises that accompanied working in different multicultural contexts. What continuously astonished me, however, was the unpredictable nature of these surprises. Each sojourn in a different country was defined by unique and unprecedented experiences. And it wasn’t just the cultural landscape that varied. The educational context also presented immense learning opportunities for practitioners. While the schools were largely defined by the curriculum they offered, the teaching and learning processes bore unique fingerprints informed by a myriad of factors. American curriculum schools, for the most part, operated Standards-based learning programs, however, they usually only employed a few United States certified teachers. The bulk of the teaching staff thus consisted of locally hired teachers, a fact that added some very interesting dimensions to the delivery of lessons, extracurricular events, parent-teacher interactions, teacher relationships, and most especially, all forms of communication. The same rang true for British curriculum schools. Others schools owned and managed by foreign nationals such as the Turkish, Indians, Pakistanis, and locally resident foreign nationals ran less defined curriculums but most certainly shared the same, if not a more, fascinating work environment.

The result of the diversity in curriculum, personnel, student population, and local culture was a vibrant environment that was filled with the sort of learning that no teacher training process or degrees could even begin to fathom let alone translate. When I moved to Chad and accepted the position at the American school, I was almost certain that the two years I would spend there would pale in comparison to the other exciting and colorful experiences I had had in previous countries. I was wrong. I had yet to fully understand that the world of international education is truly a fascinating, never-ending story.

So a few days later, there I was, being welcomed into the presidential residence by a stunningly beautiful First Lady. Even the President stopped by to say hello! Little did I know that more adventures awaited.

Learn one of 10 languages
in over 50 top cities