Here’s why English is still a must today 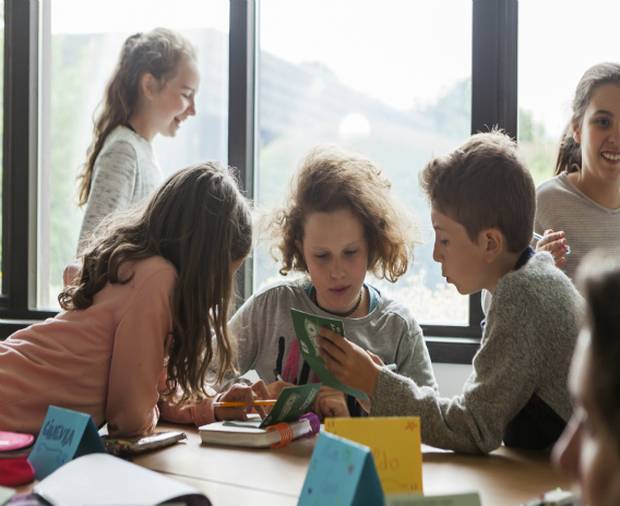 It’s hard to escape the dominance of the English language in our globalized world. Although there are only an estimated 360 million native speakers, a total of 1.6 billion speak it as a first, second or third language. Over centuries, English has become a “bridge language” that has grown alongside cross-border trade, diplomacy, and culture. And although the numerical advantage enjoyed by Chinese and Spanish – two of the most spoken languages in the world in terms of the number of native speakers – is significant, there are few signs that they will be able to challenge English as the global “lingua franca”.

But with one in four learners already speaking it at a “useful” level, is learning English still as good of an investment as it used to be? And given the foreseeable rise of translation machines, will the ability to converse in it lose its true value?

The roots of dominance

While the speculation surrounding the global status of English continues, and its potential decline remains a possibility, many linguists believe the risks have been exaggerated. As David Graddol notes in “The Future of English?”, there is no reason to believe that another language will become the global lingua franca within the next 50 years. English probably won’t replace other languages, but its usefulness as the common language in trade, diplomacy, and pop culture will continue. Its dominance is rooted in history: centuries of colonization, industrialization, and globalization have brought it to nearly every corner of the world. Linguist David Crystal estimates that 60-70 “Englishes” have developed since the 1960s as a result. But it is also rooted in practicality: Over centuries, it has slowly but surely become our global linguistic currency: a shared language that, quite literally, oils the wheels of an increasingly interconnected world. Although replacing an established and well-rooted language on the global stage would be hard, couldn’t another major language, perhaps encouraged by the discomfort some feel with the linguistic and cultural dominance of the English-speaking world, take its spot?

Although Mandarin Chinese is usually turned to as the default competitor to English, despite nearly a billion native speakers, it’s an impractical candidate for many reasons: Its complex tones and character system make it notoriously difficult to master. It is also not backed by a machinery of globally accessible and popular pop culture that furthers the penetration of English among young people in particular. Even within East Asia, the association between Mandarin and the political actions of the Chinese state, has, at least to a degree and at certain points in time, hampered its broader adoption. Indeed, even in settings in which Chinese might be expected to dominate, English is often seen as more “neutral”, as exemplified by its adoption as the working language of ASEAN (the Association of Southeast Asian Nations).

And what about Spanish? It has over 400 million native speakers and even has broad cultural and pop culture appeal around the world. Unlike Chinese, it is also relatively easy to learn. Although it’s likely to continue to grow its pool of learners, it’s unlikely to challenge the global dominance of English. In addition to being embedded in everything from trade to pop culture, the continued dominance of English lies not only in practicalities and in history but also in its perceived dominance: as long as people continue to believe in the importance of English and continue to invest in learning it, the pendulum will not swing in the direction of Spanish or any other language in any significant way.

The business case for English

The importance of English as a global lingua franca is particularly notable in international business. Even in fields where speaking several languages is highly valued and diversity is the name of the game – diplomacy and education, for example – English continues to dominate.

Being able to communicate effectively across borders and offices is essential in today’s geographically and culturally diverse workplaces. Harvard Business School professor Tsedal Neeley says that bilingualism is the answer. “Companies need a language strategy, especially if they have any type of global aspiration,” she explains. The benefits of using a lingua franca in a business setting are numerous: From seamless cross-border communications to serving international clients. English, as Ms. Neeley notes, “…is now the global language of business.” There is no point in reinventing the wheel linguistically speaking, and most businesses have no incentives to move away from it, even if they need other languages when selling or implementing their products or services locally, for example.

Managers that are fluent in English are sought after as they are seen to be better equipped to manage global projects, businesses, and multinational teams. This creates a positive feedback loop that further cements the importance of English for people wishing to work and trade across borders.

The online space is still leaning towards English, but in many ways, it is more representative of the diversity that characterizes our world. Although English was the foundational language of the world wide web and dominated its early days, “only” an estimated 40 percent of online content is in English today, and fewer than 30 percent of its users are native speakers. As millions of people join the Internet as content creators, its linguistic make-up diversifies further; the popularity of social media sites in China is but one example of this shift away from English.

But even when it comes to these content creators, the languages they choose to write in depends on the intended audience and the intended impact: If seeking to reach and engage with the broader world, English continues to be the obvious choice. English is inescapable in another way as well: Seemingly trivial neologisms such as selfie, hashtag, or even Internet are often not translated to other languages, allowing English expressions to permeate other languages in an unprecedented way.

The practical importance of speaking English in a global world built on international trade and borderless communication is real, but the perceived importance of the language keeps the machine running: After all, who would, as things stand, discourage young people from learning English? Indeed the sheer number of learners – well over a billion at this time – reinvents its dominance, generation after generation.

According to Eurostat, 94 percent of European senior secondary school students learn English. English is often seen as an obvious second language in Scandinavia, where early education, small classes, immersive techniques, and a recognition of language learning as necessary to compete globally have lead to a high level of language skills. Further afield in Malaysia, some parents even send their children to school in Singapore where English is the main language. In Vietnam, people are readily embracing English over their neighbor’s language. And in China itself, children now learn English from kindergarten and more Chinese people are studying English than in any other country.

But in a world where more and more people speak English as a second, third, even fourth language – often at a very high level – does learning it provide as much value as it used to? If everyone speaks it, do other languages not provide a better return on investment? An important clue lies in the fact that English has not – as some used to fear – replaced other languages. Learning other languages remains as important as ever, but in order to partake in much of what we share across borders – from trade to pop culture – English remains a must: It’s a global linguistic currency that gives its speaker access to a world beyond their home country.

In a world where more and more speak it, mastery, rather than simply having a workable level, becomes the true differentiator. Speaking English at a native or near-native level, characterized by a mastery of nuance, idioms and even local slang, will become the hallmark of people who travel, study and work across borders and feel at home in this ever-changing world.

And why machines are unlikely to take over

But perhaps none of this will matter if machines take over and everything from texts to Skype chats will be translated flawlessly and in real-time by machines?

With projects like Google’s Neural Machine – a recent extension of the Google Translate tool – engineers are looking to fix the translation tool’s tendency to mistranslate, and ultimately, to come closer to a human’s ability to make sense of a sentence in context and not just as a collection of words. Although the newest tool is expected to be vastly more accurate than Google Translate today, it will continue to struggle with the inherently messy business of making sense of spoken language in particular. Indeed, a highly accurate Google translation machine may in the future be a great help in making sense of mundane, technical texts that lack human nuance, but the full range of meaning in language will remain the purview of humans.

In international trade, diplomacy, and culture, nuance and context is often everything, and getting it absolutely right can mean the difference between success and failure. Fluency in English is likely to remain a vital asset for a long time to come.